When you walk past Yolk and look at the window of our cafe-inspired ClubHouse space you might notice something different. On the window, you will see a simple but evocative illustration of a man and woman doing a high five.

The illustration was designed by Slovenian artist Marko Sajn as part of a series that aims to capture the atmosphere of Yolk Workspace & Community. But for those who have been to Yolk, Marko’s illustrations might be familiar.

His work features elementary characters with small variations in hair length or skin tone which are often caught in dynamic poses or interconnected with other figures. The straightforward nature of the forms make them easily relatable.

A theme that is often found in his work is that of people supporting each other and this is what drew Yolk’s co-founder, Max to them.

Max met Marko while working in the cycling industry and bought a few of Marko’s early prints. He started to experiment with the simplified human forms in his work at around the same time Max was looking to decorate Yolk’s spaces on Sarego and there was an obvious connection in the intent of both endeavours. 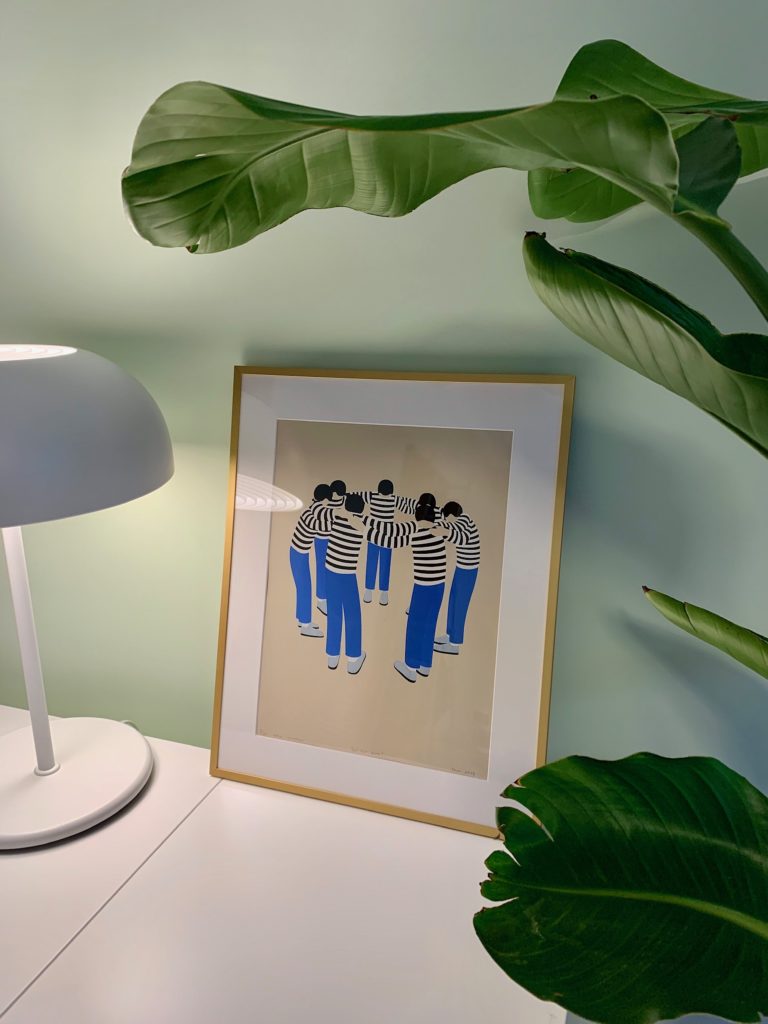 This year we commissioned Marko to create some bespoke illustrations that captured the essence of our member’s experience at Yolk. We wanted to create a symbolic extension of our branding that reminded people why Yolk exists and why people enjoy being a part of it.

The High Five is a symbol of celebration and connection. At Yolk our goal is to create as many moments like these between our members as possible. 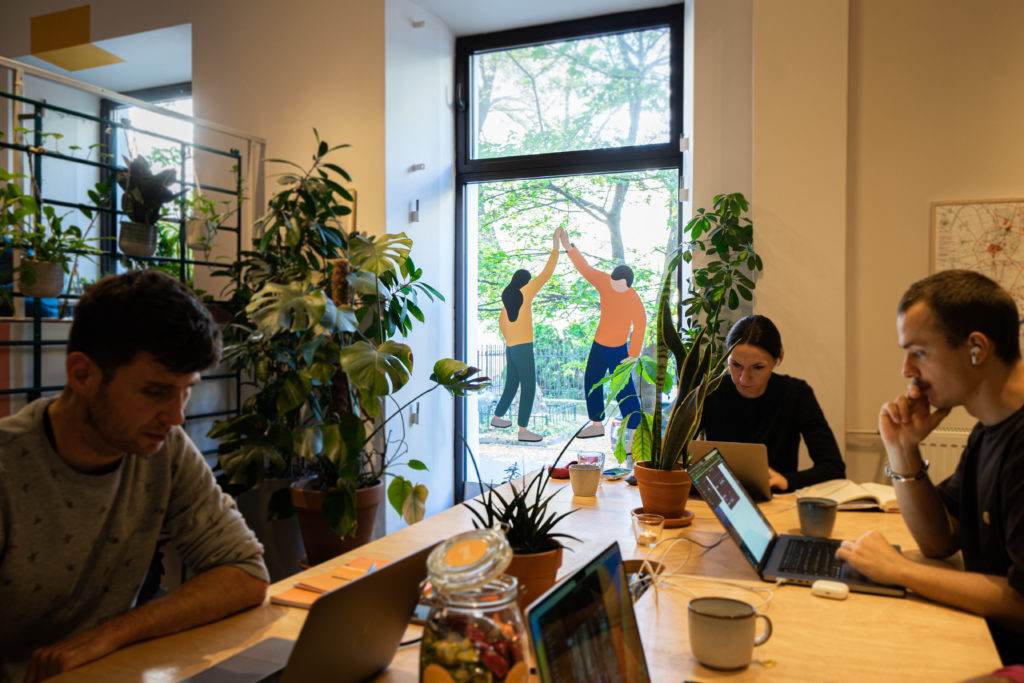 Also in the series is a design that shows a group of people walking arm-in-arm, an image inspired by one of the Yolk ‘Micro-events’ called the ‘Pizza Walk’. Members meet at the ClubHouse before walking across the market square in Kraków to a special little pizza place, run by Italians. We are working on different uses of the illustrations such as canvas bags, water bottles and t-shirts, but in the meantime, we have some High Five Stickers available, just come visit Yolk and pick one up. 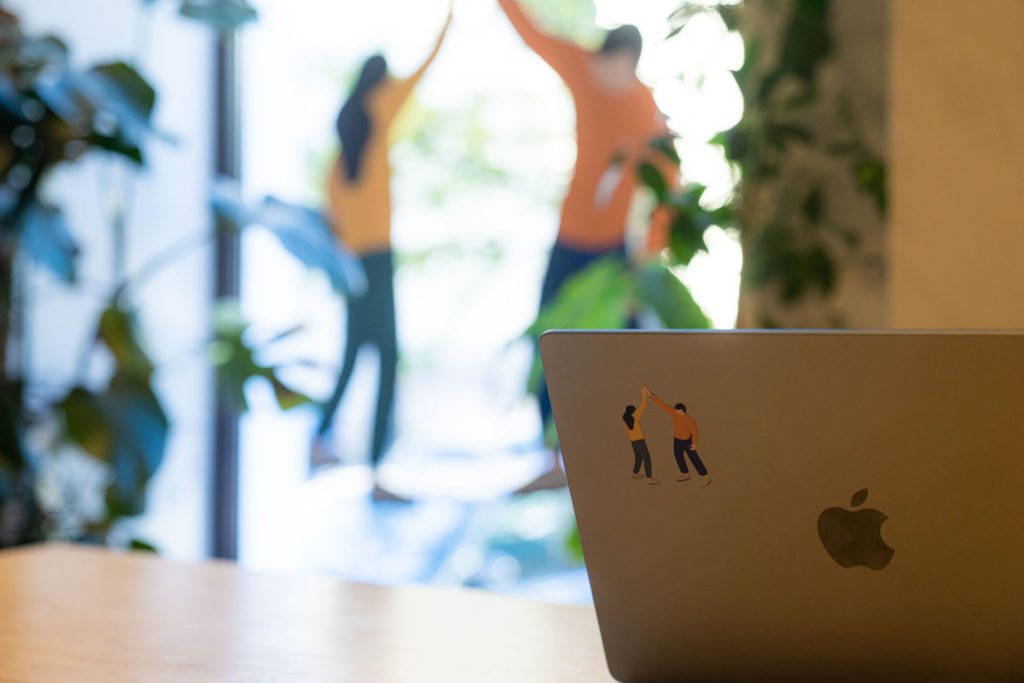